Thanksgiving at the Big Easy

Well… I couldn’t resist. Another wing competition. What can I say, I’m a sucker for wings, and all things BBQ to be honest. Plus, the chance to be the first winner of a competition seemed fun (I did it for the T-shirt…).

The Big Easy has expanded its competition offering beyond the 4th of July rib eating contest (…that one day, I hope to be picked for) by hosting its first annual Thanksgiving Wing Contest. This was held at all 3 of their branches: Canary Wharf, King’s Road, and Covent Garden.

It’s that simple, right? Eat your heart out in 10 minutes of madness and hope to have a higher bone count than fellow competitors. Rule 4 would be the game changer however.

The wings themselves were fairly standard Buffalo Wing size: 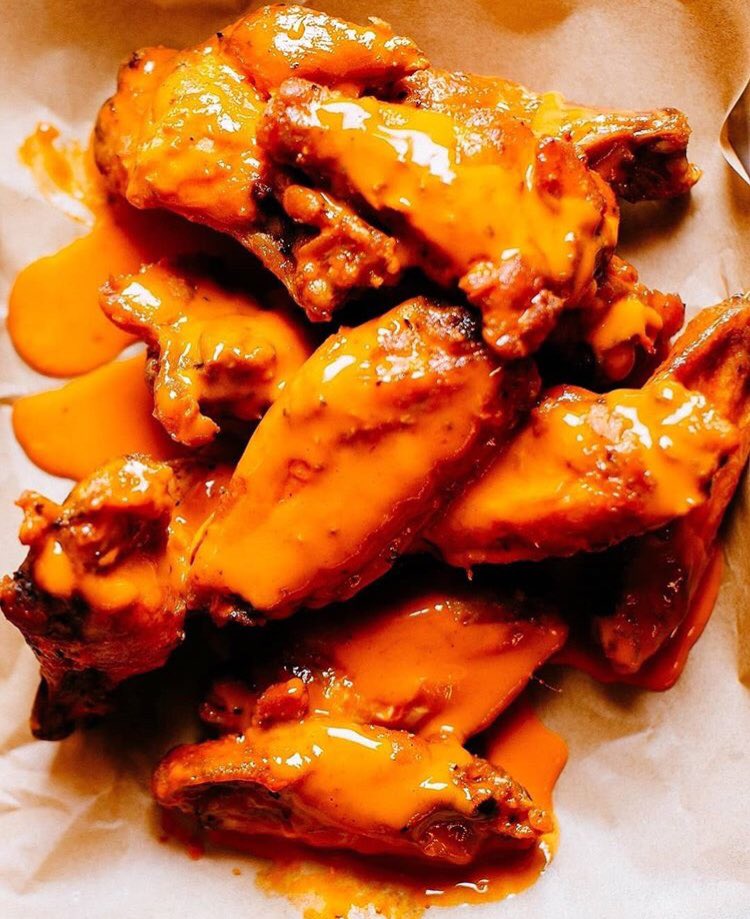 (Courtesy of BigEasy. I was too busy eating.)

Compared to some of the other challenges I’ve done, these are actually fairly easy to eat. A lot comes down to technique if you’re going fast (assuming you have the capacity down pat). Technique wise there was nothing new. ‘Corn on the cob’ approach for drums and for the flats, either pinching the two bones, or trying the ‘umbrella’ again, holding the two bones, but pushing them through a clenched first so the meat stays on the other side bone free.

There was so much sauce I rarely had to revert to water for my efforts. The Voodoo sauce itself was pleasant and not spicy at all, which in a competition is a good thing.

There was an awkward moment for my side of the table at the start when we breezed through the first plate of wings, waiting for a bit for that next set to arrive. Other than that, the plates and process went smoothly. My competitors kept me on my toes, nervous glances up revealed their plates stacking high from the get go. No matter how fast I went, my stack just didn’t seem to match, or was just keeping up. That and the banter from the crowd kept me going at a good pace throughout.

At the end, I shouldn’t have worried as much. The Wing Master was harsh, but fair. I came in at 48 clean bones, with 2nd achieving 24 and 3rd 21. I’ve always had a habit of clean bones, and I mean clean, sometimes to my dismay or slower times. This time, this habit was a huge boon to me, as many high stacks of wings were just not deemed clean enough for the Wing Master. It’s an interesting judging criteria and to be honest, I prefer the one from King of the Wing where mass is measured since I feel it gives a much fairer example of performance. No matter, the gap was so wide that it would have hardly mattered, but it could have switched things up for 2nd and 3rd place contenders, as well as at other venues where the gaps were narrower.

Overall a really fun event! You could tell the venue enjoyed hosting it, drawing the crowd in, filming the whole gig. The ‘friendly’ banter of the crowd, supporting their own ‘champions’ was the kicker for me. Nothing like smack talk to get fired up, but afterwards everything was in good faith and everyone had a great laugh out of it. There were some interesting bets and upsets between some competitors. It’s the personal aspects like that that really elevate the enjoyment of these competitions.

Keep an eye out to their future events! They usually post them on their social media and in the newsletter. Otherwise, if you feel like challenging yourself (or them) they do various unlimited dinner options Monday through Wednesday, as well as Sunday brunch.

Now if you excuse me, I need to go clear some space for all that beer.

This website uses cookies to improve your experience while you navigate through the website. Out of these, the cookies that are categorized as necessary are stored on your browser as they are essential for the working of basic functionalities of the website. We also use third-party cookies that help us analyze and understand how you use this website. These cookies will be stored in your browser only with your consent. You also have the option to opt-out of these cookies. But opting out of some of these cookies may affect your browsing experience.
Necessary Always Enabled

Any cookies that may not be particularly necessary for the website to function and is used specifically to collect user personal data via analytics, ads, other embedded contents are termed as non-necessary cookies. It is mandatory to procure user consent prior to running these cookies on your website.