I’ve wrote about the Gillray’s steak challenge before in the eating challenges in central London. I’ve never got round to trying it out though.

The lovely and charming Alexandra from the Marriott Hotel PR invited me down to have a try the 1kg Bulls head steak (thats about 35oz). I was pretty confident I could do this. Its not your normal eating challenge. This is a restaurant in a 5* hotel in central London. Its not the place where you’d have a rump steak and a mountain of chips to eat, then get a T-shirt and a picture on the wall. This place has too much class.

The Bulls head is a T-bone steak so you don’t even really have to eat 35oz of meat to finish it. There’s also some fat on the cut which makes it even less volume to digest.

So Gillray’s is in the Marriott at Waterloo. You can either access the Hotel via the main front Entrance on Westminster Bridge Road or we have an entrance just off the South Bank above the Aquarium. The first thing you notice about the place is that its 5*. 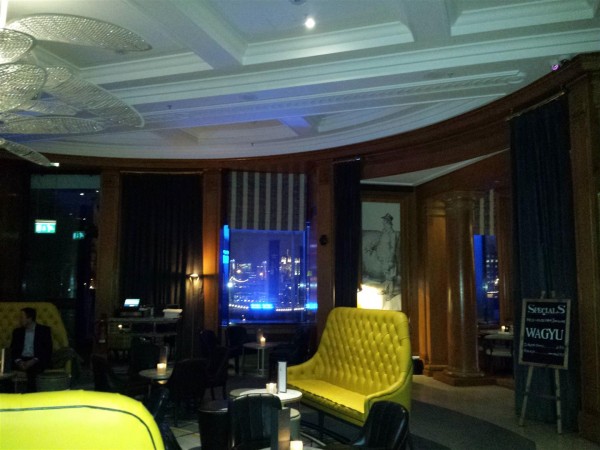 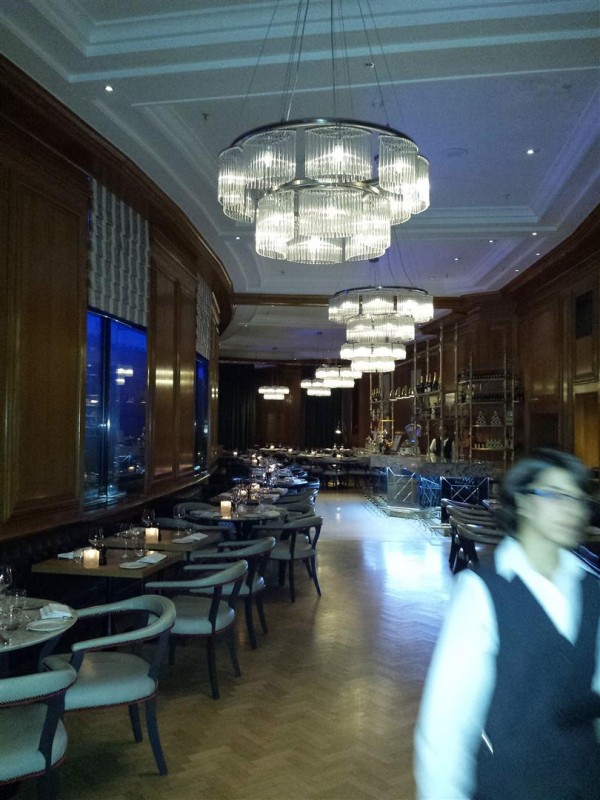 Unlike most places which give you bread as a starter, this place gives you a Yorkshire pudding filled with cheese. I’ve never heard of one of those before, never mind tasted one. It was nice enough though. 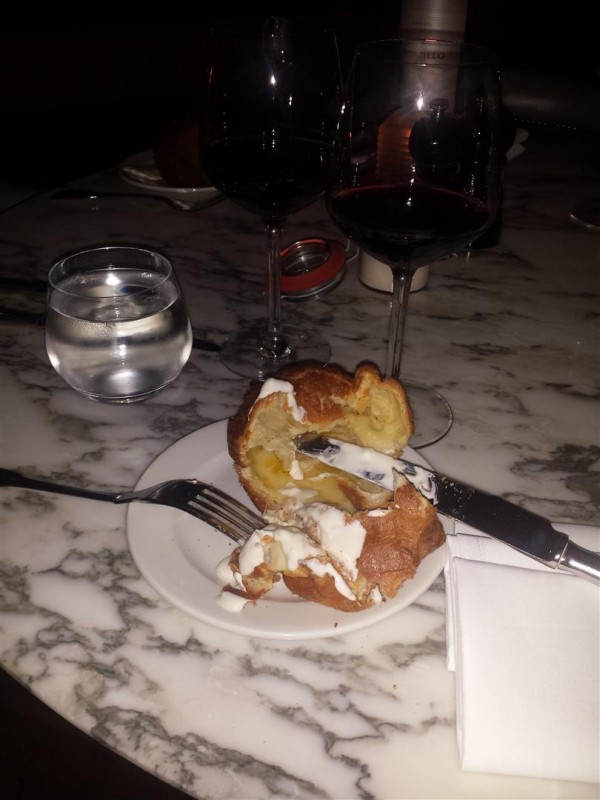 While I was there, they had the special wagyu steaks there. If it weren’t for the challenge, I’d have definitely tried a cut or two of that stuff. 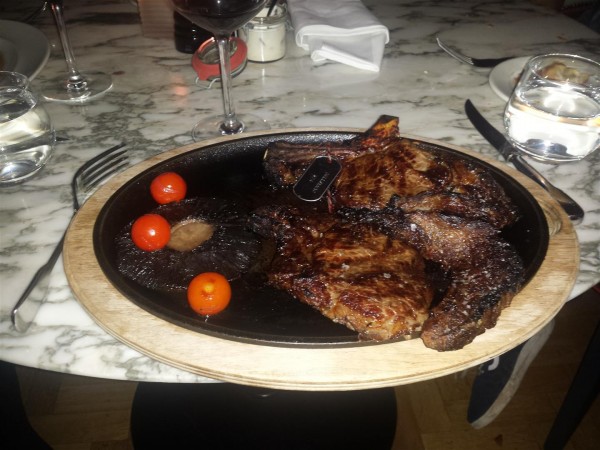 Me and the steak

The Bull’s head doesn’t come with any sides so you have to order them separately. I opted for some mushrooms, sauté potatoes and chips. The steak did come with a selection of sauces which I ordered but just ate the peppercorn stuff. If you are a regular reader of the site, you know that this wasn’t even going to touch the sides. To the average person, it was a monster meal but to “semi-pro” eater, this was like a snack.

Challenge completed and hungry for more

Apparently I’m only the second person to have completely finished the steak. I can’t believe that. You do get to keep the metal tags on the steak. I think that’s the serving number. I forget to get mine but I suppose its a nice souvenir. You don’t get anything else for finishing it.

If you want to have a go at the Bull’s Head here are the details.

I’d like to say a thanks to Alex from the Marriott who invited me down and footed the bill. Also to Jonny who accompanied me to the meal. 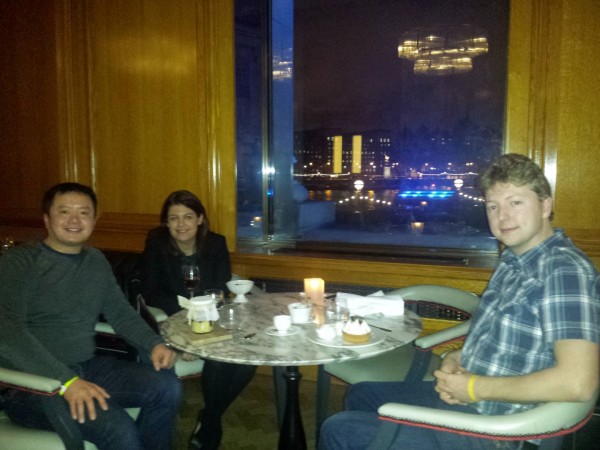 Me, Alex and Jonny tucking in to dessert

There are other good things about Gillray’s too.

There is also a comfort food menu which offers great value for money if you don’t fancy doing the steak challenge. 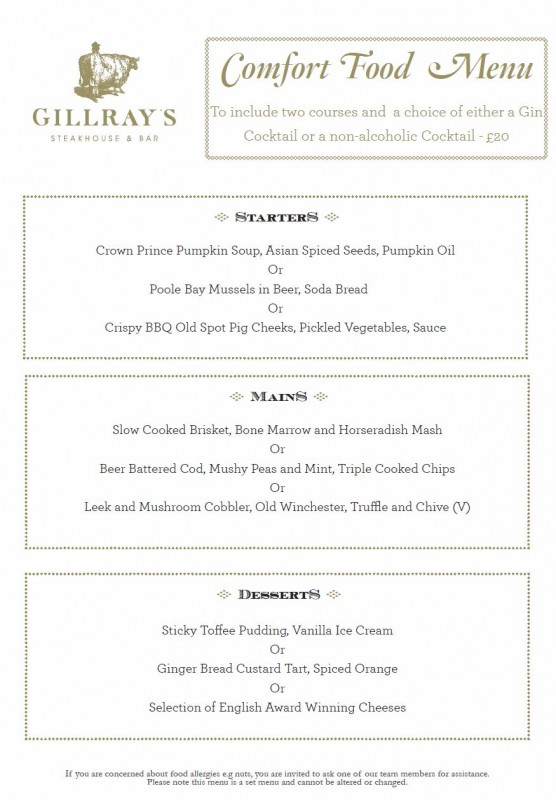 The cocktail itself must be worth £8 so a two course meal in a 5* hotel for £12 is a steal.
Check out their other special offers here.

Disclosure. I had my meal paid for by the Marriott. I also ate the meal with Alexandra from the Marriott so my experiences will not match yours… unless you are accompanied by a charming, witty and beautiful woman!